How to Get Pregnant 101 – Easy Tips for Couples

There are thousands of couples that, for many months and even years, are trying to become parents to no avail. Unfortunately, there are more and more cases of infertility. According to some reports, today, 10% of couples experience problems with conception. How to get pregnant fast? What to do if you have PCOS, endometriosis, or low sperm count? In this article, we will reveal the most useful tips for couples to quickly get pregnant naturally or using assistive reproductive techniques.

Can’t Get Pregnant? Are You Sure?

For starters, you should not panic. Many people begin to get nervous and self-diagnose infertility after a couple of months of tries that do not lead to pregnancy. It can fit into the norm. Infertility is a situation where a couple cannot become pregnant after a year of regular unprotected sex.

However, if you don’t get pregnant in a year, do not despair. Many factors reduce the chances of becoming pregnant: chronic stress, low or extensive body weight (BMI), irregular menstrual cycle. Sometimes the reason for the failure is the lack of sex frequency. Doctors noticed that couples who have sex at least three times a week have higher chances of becoming parents. Long-term abstinence for more than seven days leads to a decrease of viable spermatozoa number. However, too abundant sexual life can give the same effect, since the male body takes about 48 hours to “replenish” the sperm supply.

Another reason for false infertility is the fascination with vaginal deodorants, scented pads, and tampons, use of lubricants. They can disrupt the natural vaginal microflora, and make its environment aggressive for spermatozoa.

In a word, do not rush to diagnose yourself with infertility after several months or tries. In any case, you must undergo a comprehensive examination and consult a doctor first.

The probability of becoming pregnant is not as high as is commonly believed. According to statistics, only 25% of healthy women become pregnant after a month of regular unprotected contacts, 40% – after three months, 75% – after nine months.

How to Increase the Likelihood of Becoming Pregnant?

If you have just started working on becoming a parent, use these methods to increase your chances of conception:

Can I Get Pregnant if I Have Been Diagnosed Infertility?

If, after a year of attempts, the pregnancy has not yet occurred, you need to see a doctor. Only the doctor can diagnose infertility. Even after the diagnosis, you should understand that infertility is always the result of some disorders, diseases, and pathologies, treatable in most cases.

Female infertility is often caused by:

Often the cause of infertility is a male-factor:

Each case of infertility is individual, and it is impossible to say how to get pregnant if it does not work out without knowing all the details. However, today the cases that were hopeless 30–40 years ago are no longer considered as such. There are many assisted reproductive technologies (ART) that increase the likelihood of becoming pregnant.

Statistics show that about 33% of couples who were not able to achieve a natural pregnancy become parents after using such technologies.

How to Get Pregnant with PCOS

Follicular maturation and ovulation occur in the ovaries. A mature egg comes out, get fertilized by the sperm, and move to the uterus. A woman develops several follicles during one menstrual cycle, but, as a rule, a mature egg will come out of only one of them.

With polycystic ovarian syndrome, a woman has many small follicles that look like a bunch of grapes. Up to 50 tiny follicles can grow on one ovary. But none of them is wealthy – they do not have the strength to create a healthy egg; therefore, pregnancy does not occur.

A polycystic ovarian syndrome is not one disease but a combination of many problems. It can imply irregular or painful menstruation, rare ovulation or complete absence of ovulation, pain in the lower abdomen, and the mammary glands. Polycystic ovary syndrome has a lot of masks. Often, women with PCOS are overweight. Blood tests show an increase in insulin levels. Other symptoms are the appearance of hair by male type, or vice versa bald patches, a sudden rash of blackheads, or age spots. Often, patients complain of apathy and depression.

To get pregnant with PCOS, it is necessary to conduct hormonal tests within one cycle. Laboratory tests will show elevated blood levels of male sex hormones – testosterone, 17-hydroxyprogesterone, DHEA sulfate, luteinizing hormone (LH), and glucose. The ultrasound screen clearly shows signs of polycystic ovaries, their increased volume, many small follicles in the ovary, as well as the absence of a dominant, leading follicle.

Getting Pregnant with PCOS – Diet instead of Medications

An increase in blood glucose plays a leading role in the syndrome development. Therefore, first of all, a woman will have to lose extra pounds. Go on a low-carb diet, keep track of calories, do fitness. Sometimes even these simple measures are enough to lower the level of glucose in the blood, change the hormonal background, and restore ovulation. Statistics say that weight loss of 5% is already bringing biochemical parameters back to normal, and ovulation is restored in four out of five patients in six months. If diet and sport do not help, they fight excessive weight with medication.

Doctors prescribe an individual hormone therapy, which leads to a decrease in the production of androgens in the ovaries. But the effect will come no earlier than in 3 months since the hormonal background of a woman changes every 90 days.

How to Get Pregnant with Endometriosis

Many leading gynecologists use exclusively conservative treatment of external endometriosis with medications. However, in practice, only a combination of surgical treatment with assistive reproductive techniques help women to get pregnant with endometriosis safe and quickly. The use of birth control pills, progesterone, synthetic progestogens and even longer courses of aGRnH are not effective to external endometriosis and ovarian cysts. And in most cases, such medication only slightly slows the progression of endometriosis, enhances the psychological and physical discomfort of patients, and does not lead to the desired pregnancy.

The use of assisted reproductive technologies (ART), in particular IVF (in vitro fertilization), combined with surgical treatment, has become a new direction that broadened the horizon in the treatment of endometriosis.

An essential advantage of using IVF in women with endometriosis gives a high probability of pregnancy. Previously, surgical removal of endometrioid ovarian masses was mandatory before the IVF program. Still, today more and more people are talking about a careful attitude to ovarian tissue, and it is possible to carry out IVF treatment programs without prior laparoscopic treatment. The conditional criterion allowing endometriosis IVF without laparoscope are endometrioid ovarian masses of no more than 3 cm in size.

Every year more than 2.3 million IVF cycles are performed in the world.

ART is an infertility treatment method in which some or all of the stages of conception and early embryonal development take place outside the body. Most effective ARTs are artificial insemination (IUI) and in vitro fertilization (IVF).

Intrauterine insemination is the easiest assistive reproductive method. The washed sperm of a partner or donor is inserted into the uterus using a catheter. The process can help if the cause of infertility is low sperm motility or erectile dysfunction. Insemination with donor sperm is a way out for single women and lesbian couples who want to have a baby.

The effectiveness of the IUI procedure is approximately 20%.

How to Get Pregnant using IVF

In vitro fertilization (IVF) is a very complex and delicate technology, but its effectiveness is high. Doctors have been successfully used IVF since 1978. During IVF, eggs are removed from the ovaries, fertilized with the help of sperm in a petri dish, and placed in an incubator. A few days later, when fertilization occurs, and cell division begins, doctors transfer the embryos to the uterine cavity. After this, pregnancy starts the same way as a natural one.

ICSI is a type of IVF in which one healthy sperm is introduced into the egg using a microneedle. This method allows you to get pregnant even in severe cases of male infertility.

IVF efficiency can reach up to 30-40%. IVF is most in-demand by women after 35 when natural fertility diminishes. If up to 30 it is 20-25%, after 40 years it`s around 5%. The chances of successful IVF also decrease with age.

Sometimes, a couple cannot have their children despite all the scientific achievements. Then egg donation comes to the rescue. There are not only sperm banks but also oocyte donor databases. All donors undergo a thorough examination. The IVF with donor eggs has even higher success rates that can reach 55%.

Being parents is happiness. And if the traditional method does not work to conceive a child, this does not mean that you will not have a happy family. In most cases, reproductive technology solves infertility problems. The main thing is to find the right doctor and clinic. Therefore, if you need any help, advice, or want to start your IVF journey – consult our specialists for free and let us help you see your dream come true! 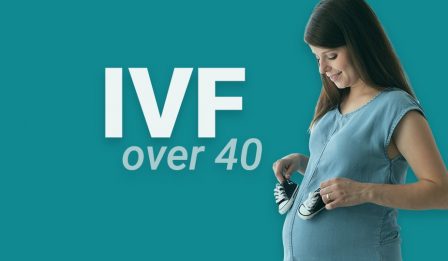 Pregnancy after 40 is a common practice for modern women. People think about creating a family and having children, mainly at an older age, even though all reproductive specialists share the opinion that it is reasonable to give birth before 40 years. It equally applies to those who have not yet given birth and have 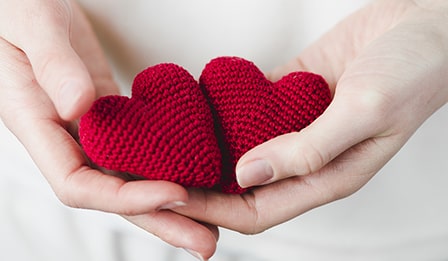 Each fifth couples have difficulties with conception. In 2020 about 1000000 babies were born using donated eggs, sperm, or embryos. Egg donation offers hope for some infertile people to have children of their own. However, IVF programs are not that affordable for most of the couples. Therefore, they have to collect a lot of money 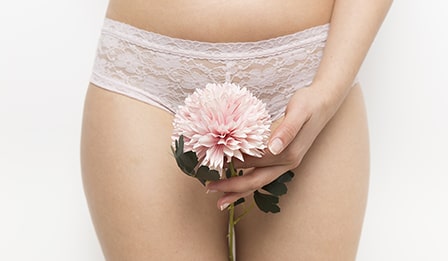 All women who have revealed this benign tumor are concerned about the effect of uterine fibroids on conception and pregnancy. Recently, the frequency of uterine fibroids detection during pregnancy has highly increased. Firstly, pregnancy after 30 y.o. has become more common. Secondly, there are better diagnostic methods. In particular, doctors widely use ultrasound and other