What Sperm Washing Process Is & How It Helps HIV-Positive

Gone are the days when the inability to conceive a healthy child in a natural way was a stumbling-block breaking families. Breakthroughs in medicine made parenthood available to those men who would have been considered infertile two decades ago. Sperm washing process has already transformed the lives of many families worldwide. What’s more, this technique has become an effective solution for serodiscordant couples. Thanks to sperm washing, HIV-positive men got an opportunity of fathering genetically related healthy children. 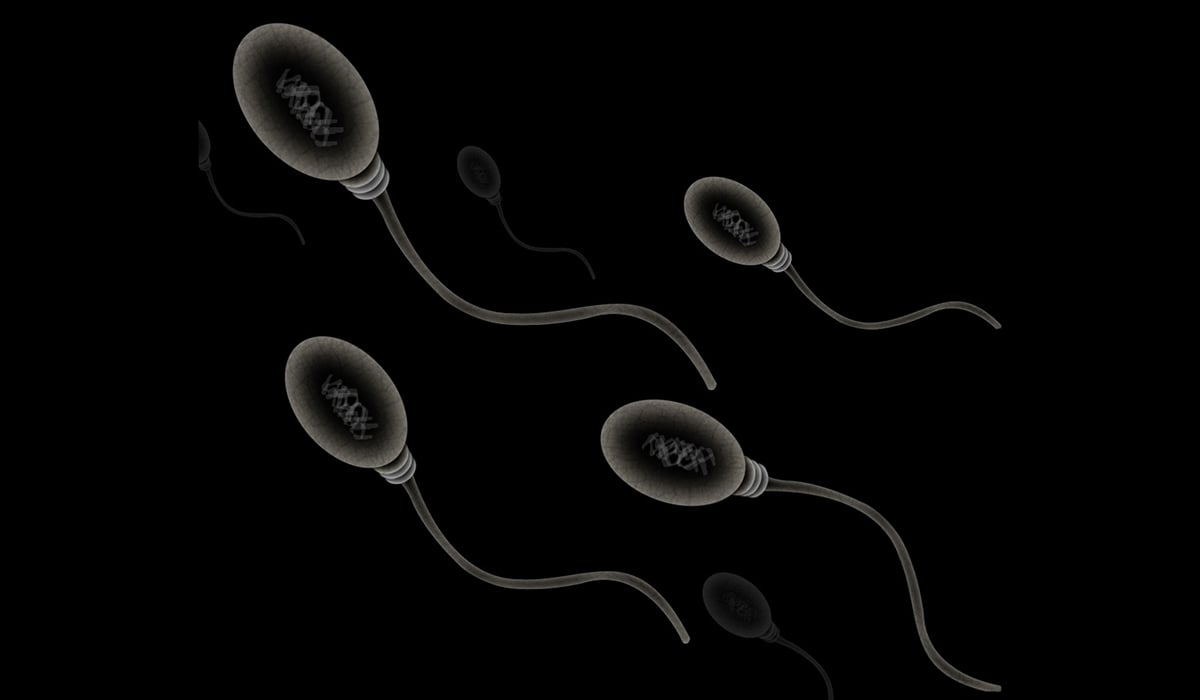 Are you already interested in what sperm washing is? Do you want to find out how it helps HIV-positive men in the USA? Then, go on reading. In this article, we’ll tell you everything you should know about the sperm washing process. We’ll not only throw the light on the preparatory stage and the procedure itself. We’ll also provide you with the statistics on its effectiveness for serodiscordant couples. As a result, you’ll be able to form your own considered opinion on the subject.

What Is the Sperm Washing Process?

Sperm washing is a procedure of sperm preparation for intrauterine insemination (IUI) or in vitro fertilization (IVF). The procedure can be held in a center for egg donation and surrogacy or at a specialized laboratory. Its aim is to remove chemicals from the semen, which may cause adverse reactions in the female’s uterus. During the sperm washing process, individual sperms are separated from the seminal fluid. In fact, the whole procedure is often thought of as the “survival of the fittest”. It not only extracts certain disease-carrying material in the semen but also enhances the fertilizing capacity of the sperm.

When Is Sperm Washing Recommended?

It’s not a secret that nowadays up to15% of couples worldwide are infertile. In general, in up to half cases male infertility is the reason. As usual, the main problems include low sperm counts, abnormal sperm function, or blockages. Such problems may be the result of illnesses, injuries, chronic health problems, lifestyle, emotional stress, and even environmental factors. In any of these cases, the sperm washing process may become an effective way out.

What’s more, sperm washing is also a great solution for serodiscordant couples. To put it simply, for the couples where the man is HIV-positive and the woman is HIV-negative. Actually, the sperm cells themselves don’t contain the virus. HIV is present in the plasma and other cells of the seminal fluid. As the sperm washing process separates sperm from the fluid, it removes the infection. As a result, the technique enables to avoid the risk of infecting the mother as well as the future child.

Perhaps, some of you may be surprised why we’re putting emphasis on HIV-positive people while talking about sperm washing process. Hope the numbers below will explain it in full. 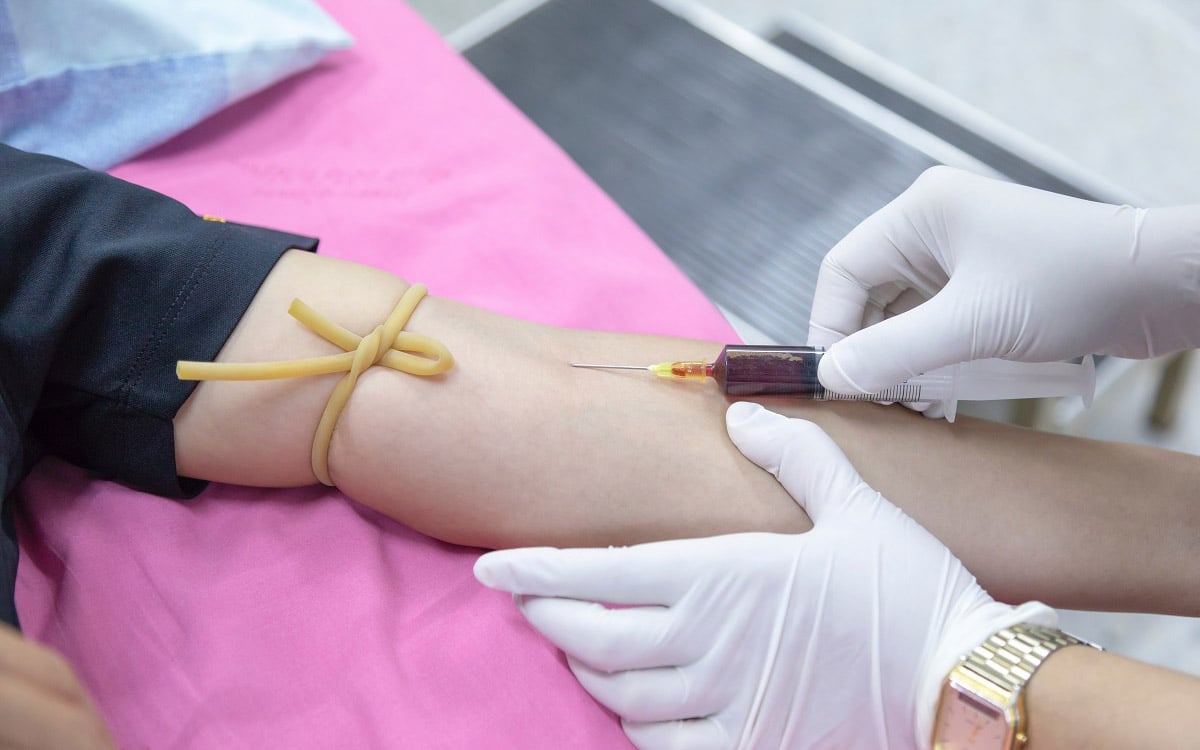 Possibly, it’s not necessary to explain what human immunodeficiency virus (or simply HIV) is. Though this chronic disease is treatable, it’s, unfortunately, not completely curable yet.

According to CDC statistics, the number of new HIV diagnoses in the United States and 6 dependent areas is 38,739. The largest group affected (28, 969 people) are those of the reproductive age (15–44 years old). What’s more, heterosexual men and women account for 9,170 HIV diagnoses. About one-third of them report the desire to have children. To be more precise, these people are dreaming not of adoption or surrogacy. Their wish is biologic parenthood. In a word, they have the same hopes and intentions about having children as anyone else.

Not long ago fathering a genetically related child for HIV-positive men was out of the question. Their female spouses also knew that they couldn’t conceive a healthy child with their partners. Fortunately, nowadays the situation has changed. Advanced fertility services have made it possible to fulfill their dreams. Sperm washing HIV in the United States is one of these remarkable technological advancements.

To tell the truth, the USA wasn’t the first country to employ the sperm washing process for serodiscordant couples. Italy was the place where it all started in 1992. In those times HIV discordant couples in the USA were advised to look for sperm donors or adopt children.

Nevertheless, time passed. The Italian experience proved to be effective as both mothers and children stayed HIV-negative after the sperm washing technique. That’s why the US government has reconsidered its view. Ann Kiessling was the person who started the Special Program of Assisted Reproduction. As a result, in 1999 the first baby conceived thanks to sperm washing was born. The HIV-positive father didn’t pass the virus to the mother or the child. Therefore, that year became the milestone for many American HIV discordant couples.

In 2002, the American College of Obstetricians and Gynecologists and the American Society for Reproductive Medicine recommended sperm washing for IVF to serodiscordant couples as a standard of care.

Next, in 2006, the HIV Assisted Reproductive Technologies (HART) program saw the light. It had 100% success with all mothers, surrogates, and babies testing negative for HIV. Also, the American Fertility Association, now known as Path2Parenthood, played a great role. Its “Dream to Reality” initiative helped outreach the intended parents with HIV and educate them on the subject.

How to Prepare for Sperm Washing Process

When a serodiscordant couple decides to conceive a child, they should visit an egg donor agency or a fertility specialist. The aim is to receive a comprehensive consultation on the all possible solutions for their problem. Such solutions may include sperm and egg donors as well as participating in IVF programs.

In case the couple intends to intrauterine insemination or in vitro fertilization, the preparatory stage will take some time. Consequently, the earlier they start the sooner an HIV-positive will undergo the sperm washing process.

It’s a common fact that fertility depends on many factors. As we have already mentioned, lifestyle is one of the main ones. It doesn’t matter whether a person is HIV-negative or HIV-positive. In case the couple wants to have a healthy pregnancy and birth, there are several rules to follow before conceiving. 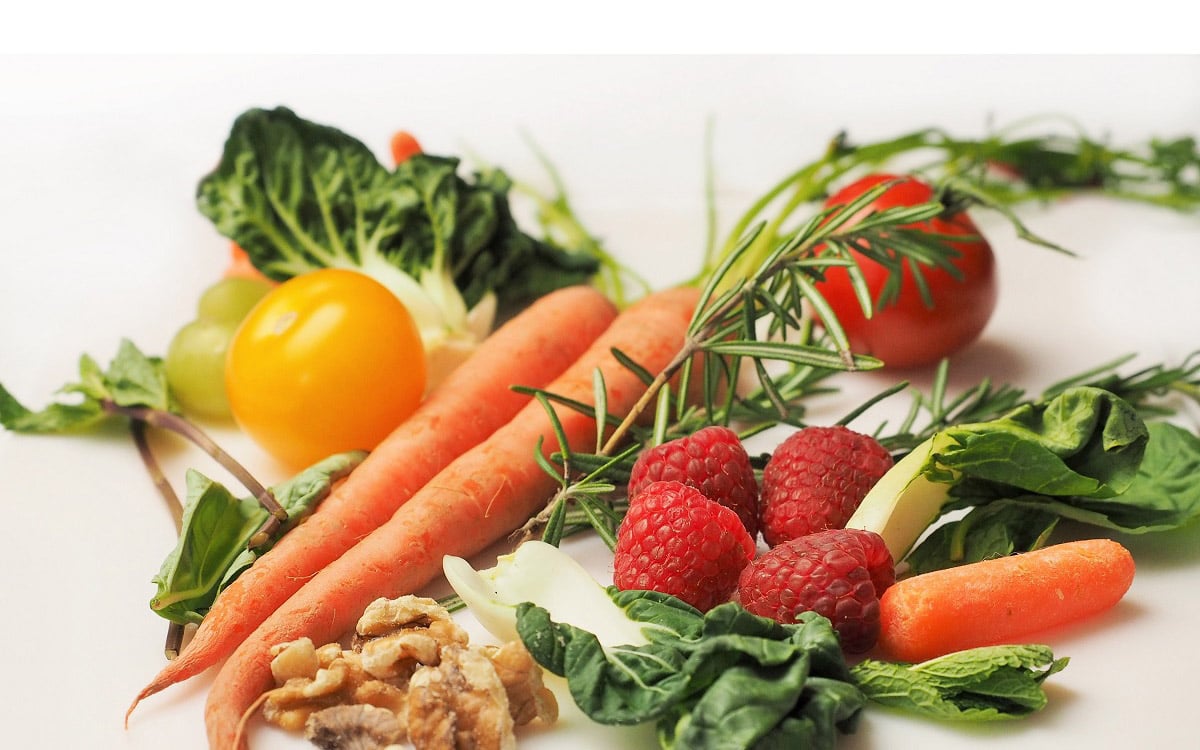 Stop smoking. It’s common knowledge that smoking can reduce fertility in both men and women. Therefore, future parents should give up smoking to improve the odds of successful conception.

Refuse from alcohol. Unquestionably, alcohol also has a negative effect on conception. Firstly, it can significantly decrease a man’s sperm count. Secondly, it can affect the health of an unborn baby.

Avoid unprescribed medicines. Undoubtedly, not all medicines are good when it comes to conception. Some of them are capable of affecting fertility and the health of the future baby. That’s why don’t take any without consulting your doctor.

Of course, the common rules concerning the general changes in lifestyle are not enough for serodiscordant couples. In their case, there are some additional steps to follow. 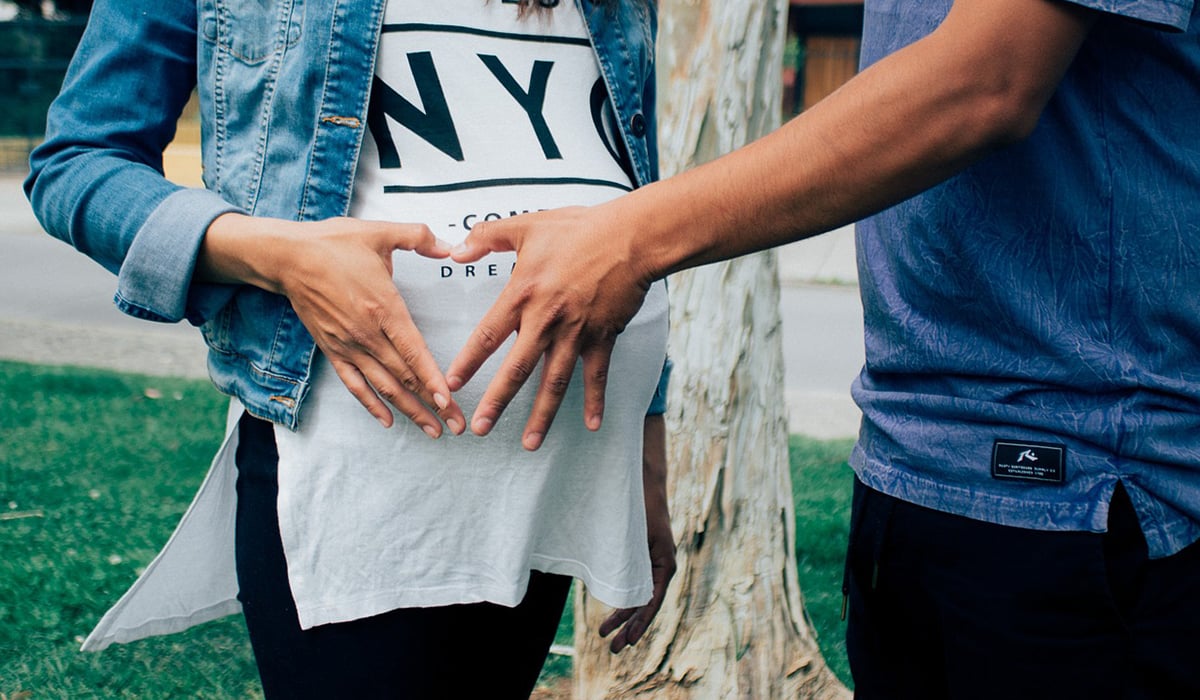 In order to reduce the risk of transmitting a positive partner should:

The Procedure of Sperm Washing Process 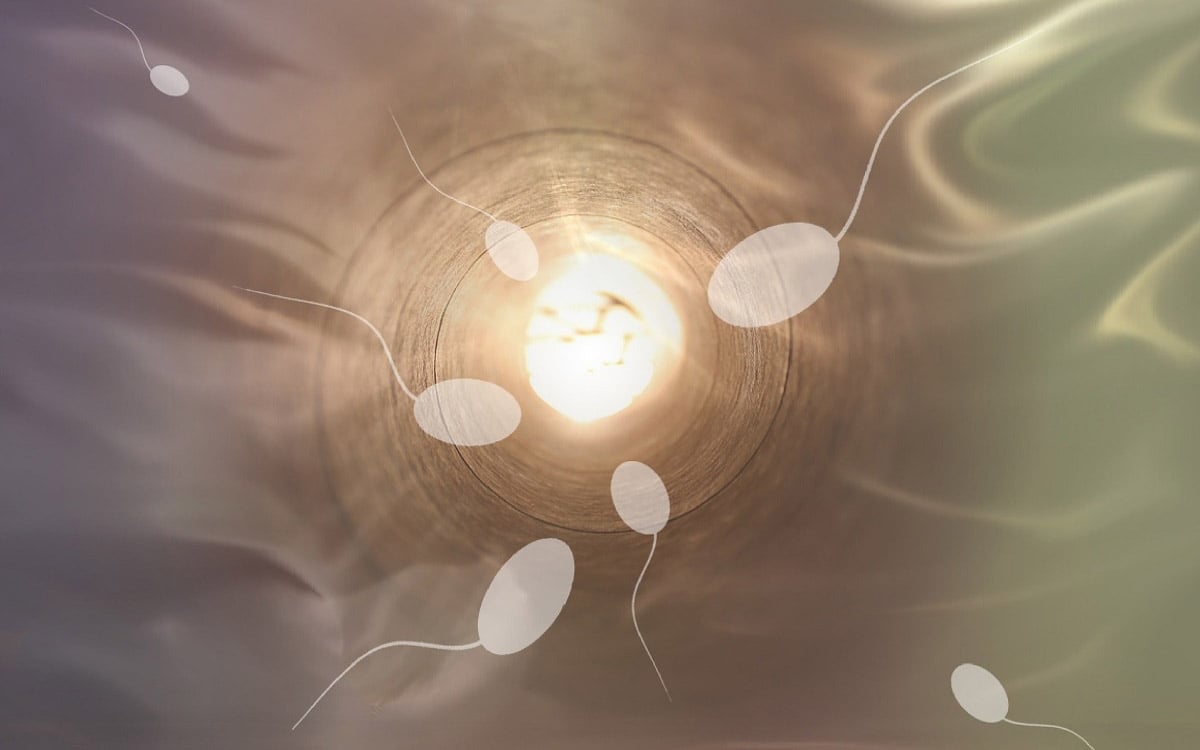 So, what is sperm washing HIV procedure? How does this technique work in practice? These are the questions we’ll illuminate right now.

The initial stage of the sperm washing process is semen collecting. Certainly, the best place for it is a high-security area of a laboratory. However, the patients who live within one-hour rich are often allowed to perform it at home.

The next stage of the process is sperm washing itself. It takes place in a specialized laboratory. In the majority of cases, the laboratory workers use a centrifuge. This device spins at high speed to separate the sperm from the surrounding seminal fluid. Actually, this process mimics the natural one that occurs during a spontaneous conception.

As a result, the seminal fluid and other debris remain at the top. As usual, the laboratory workers use a pipette to drain them. The clean sperm cells settle on the bottom layer. The sperm is purified in a solution twice to remove the residual fluid and other unwanted substances including HIV.

Unfortunately, there’s no guarantee that the washed sperm is HIV-free. Therefore, before using the sperm for assisted reproduction, the specialists test it for HIV. In fact, this is a key stage on the way to a safer conception.

PCR (polymerase chain reaction) helps analyze the sperm sample and verify that it is free of HIV. The PCR tests can vary from lab to lab as the best one to use is not established yet. After the test, the samples with negative HIV-PCR results are almost ready for assisted reproduction procedures.

The clean sperm is placed into a substitute fluid. It is used for intrauterine insemination, in vitro fertilization, or intracytoplasmic sperm injection. The pregnancy rate per procedure after sperm washing process ranges from 15-30% for IUI and 22-45% for IVF.

After the conception is successful, a woman has to undergo regular HIV tests throughout the program. Besides, it’s a good thing to have genetic screening. It helps ensure that there are no changes or mutations in DNA that could lead to genetic disease.

The Effectiveness of Sperm Washing for IVF and IUI 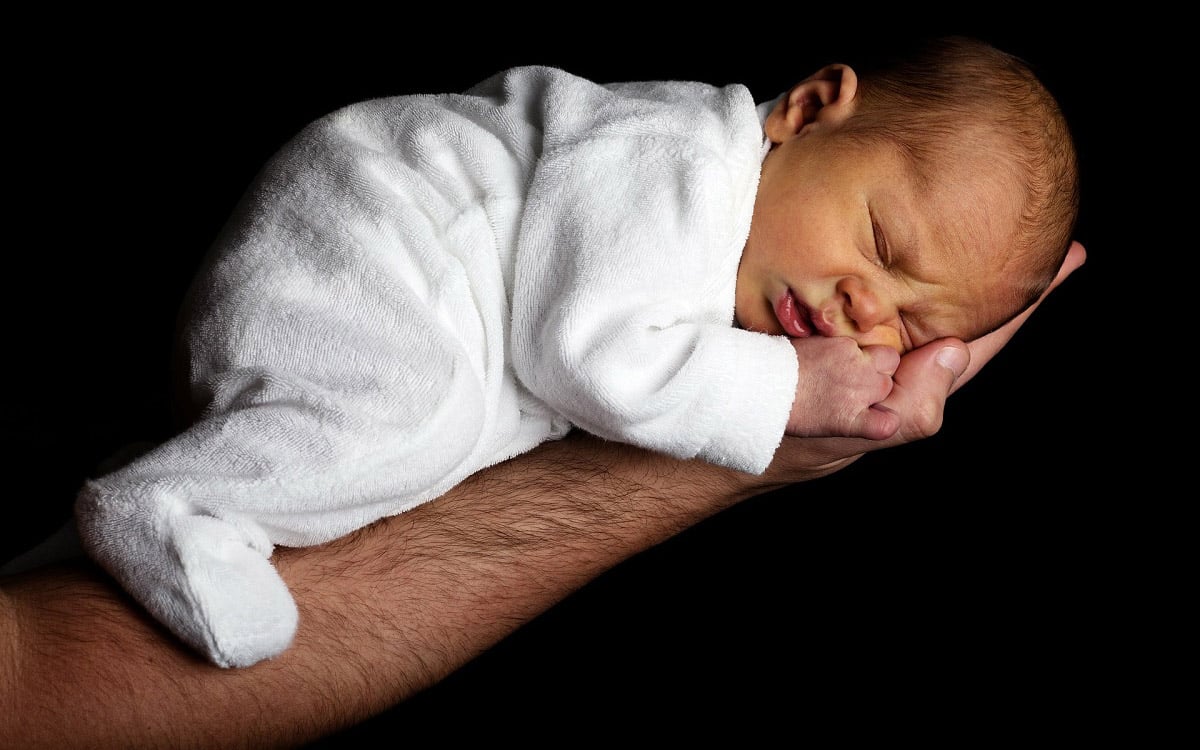 Undoubtedly, when it comes to the effectiveness of advanced medical techniques emotional words aren’t the best proof. All of us need bare facts. Here they are.

According to Fertility and Sterility report, sperm washing had an excellent record in discordant couples. The analysis of 40 studies published in the journal found zero transmissions of HIV from 11,585 sperm washing procedures.

American Society for Reproductive Medicine, Birmingham, Alabama, reviewed its 10-year program offering assisted reproductive technology to HIV-discordant couples. Within the program, 181 couples underwent treatment with IVF and ICSI which included the sperm washing process. As a result, there were 116 deliveries and 170 neonates (due to a multiple birth rate of 41%). Neither females nor babies had a sign of HIV.

So, you can see by yourself that the sperm washing process turned out to be a really effective practice. That’s why today it is officially endorsed by the CDC in the United States.

Hope now you understand what sperm washing process is. If you decide that sperm washing is the very thing your couple needs, contact the experts for an exhaustive consultation. Never be afraid to fulfill your dreams and experience the happiness of parenthood!