Assisted reproductive technologies help thousands of couples every year. However, every IVF success story has a person who is standing behind the scenes and donating eggs to support the intended parents. That’s why in this post, we want to share personal egg donor stories and show you what happens before a baby sees the light.

Egg donation itself is the transfer of freshly fertilized eggs from one woman to another or to save the frozen embryos for later in an egg bank.

Here’s how it goes. A woman, single man, or a married couple select a donor from the database. In layman’s terms, the process looks much like the work of a dating agency. The only difference is that oocyte donation usually takes place anonymously. However, some agencies, like Sunshine, suggest couples choose a donor using a photograph or even during a personal meeting.

Here you can see a free egg donor database with personal information and photos.

When a couple makes a choice, the agency invites the donor to the clinic, where she passes medical examination. If something is wrong, the donor receives the necessary treatment. E.g., if she has low hemoglobin or other minor health issues. However, if the clinic detects the health conditions that can influence future IVF cycle, an egg donor will be disqualified.

If everything is well, doctors will adjust the donor’s menstrual cycle to the recipient’s. It is necessary to transfer fresh embryos and is not required if the recipient wants to freeze them for later.

After the cycles are synchronized, an egg donor takes hormonal therapy to grow 10-15 eggs instead of the one that the body produces typically per month. It is called superovulation.

The final step is a puncture – retrieval of the mature eggs from a woman’s ovaries. It takes place at a hospital, usually under general anesthesia.

After the puncture, the donor receives money. The agencies always pay, regardless of the quantity or quality of the eggs. If the oocytes turned out to be of low quality, then the donor may never know about it. If the cells turn out to be excellent, then the agency may call the same donor into the program again and offer an increased fee for the next procedure. You can always ask your agency consultant about the quality of the oocytes.

Now when you know how the theory works, we will show how it goes in practice and share 5 personal egg donor stories.

When Tania was 19 years old, she met a lady who has an egg donation company. The agency representative knew that Tania has a 3 years old son and suggested that she becomes an egg donor. She explained that there are women that don’t have enough eggs or good quality eggs in their ovaries so they can`t get pregnant. There are many couples who are great people. All they want is to have a baby.

Tania explains that the intended parents usually prefer someone who already has a kid. Therefore, they can make sure that the donor`s eggs work and her own child is beautiful and healthy.

The biggest question was if she will be able to get pregnant again in the future. Tania explains that there are no studies proving a possible correlation between egg donation and infertility. She did research and discovered that a woman is born with approximately 2 million eggs. By the time women reach puberty, about 300 000 remains. Starting from that every month during period one can lose a few eggs.

‘No, if you donate that is not your kid. You are only passing half of your genes. The other half will be from whoever the father is. The surrogate or the recipient will carry the baby and then she will raise the baby because it’s completely her child`

`If you have an opportunity to donate your eggs – go ahead. It’s a nice thing. Everyone who tells that you are selling your kids has no idea what they are talking about. They should put themselves into the shoes of a woman who can’t get pregnant. Life is created on the way or another, and I don’t think that there is a wrong way.`

Amanda has recently become an egg donor and shares much useful information about the medication, retrieval, and other important program steps.

Before she preceded with the hormonal stimulation she took some basic medicals. Those are prenatal vitamins, baby aspirin, and steroids that block the male hormone. Along with that, you have to do the bloodwork, ultrasound and a crazy family history review. You have to do a psychic evaluation and genetic screening.

As a donor, you have two possible options – becoming an open or closed donor (anonymous). In the second case, the intended parents don’t even know your name, they just have the donor code.

During the ultrasound, doctors detected that Amanda has more than 20 follicles ready for retrieval. This was awesome, but could also mean that she could have OHSS (ovarian hyperstimulation syndrome). That’s why the doctors kept a close eye on her and did an additional ultrasound.

The biggest challenge was making injections because Amanda is afraid of needles. She used the following medications:

After home injections, Amanda came to the clinic to receive the trigger shot before the retrieval. She stayed in the clinic 20 minutes before the procedure and 2 hours after it.

Watch the video to see the full egg donation story and see how the procedure took place and check out Amanda`s YouTube channel.

Hannah first heard about egg donation in 2015. She stumbled upon commercials several times but never finished the application process.

The main reason for donating was really good compensation. More than that, she understood that she was helping a family that really-really wanted to have a kid.

Hannah shares insights about egg donor qualifications, such as health, hair and eye color, ethnicity. The first quick application form is not the end. After the submission, the agency contacted her in 20-21 days and asked to fill out a full profile. They dived really deep into family history, health conditions, employment, and education. So, that is not a quick process.

Except that she talked to several specialists and made a very extensive blood test to check any chromosomal abnormalities. She also had an interview at the agency office, where they asked about the reasons why she was donating and explained what will be next.

The coolest thing was that you get all those tests for free and get to know lots of things about your body. Normally, that could cost you thousands of dollars. After the thorough screening, her profile appeared on a portal. When she was chosen, Hannah received an email and invitation to the clinic. They did one more round of bloodwork to test for things you could have picked recently. Doctors prescribed her birth control pills for several months and started the hormonal medication.

`Make sure your schedule is flexible enough because you can have visits to the clinic every single day during the injections. Also, if you are someone that doesn`t like the blood tests, I wouldn’t recommend you become an egg donor, because you will have to do it a lot.`

The trigger shot is done about 48 hours prior to egg retrieval. It releases your eggs so that doctors could take them out.

Hannah donated her eggs 2 times. Both times it was a nice experience. It was relaxing and calming and her husband was visiting the clinic together with her. The recovery was the hardest part of the process because of bloating and a lot of fluid. It takes about 2 weeks until you fully get back to normal.

Important Note: you need to have someone to drive you home after the anesthesia.

Her best friends were going through surrogacy and Julia decided to help them and become an egg donor. This was a crazy way, but it was worth it! and became one of the most inspirational egg donor stories on our list.

Kelli Donating Her Eggs to Friends

Kelli became an altruistic egg donor for her friend. This video can be very useful for all women who are making the decision of whether to become an egg donor or not.

This video was filmed as a one year mark of Meredith`s egg donation. She waited to check how her body would be reacting and what long-term consequences could the process have. She didn’t have her own kids but wanted to share the gift of life with other people who need this. The first egg donation failed. Even though her eggs were healthy, the follicles did not grow after the fertilization. You can watch the video below to see how she dealt with it.

We thank all the egg donors who helped other women to become mothers and experience the joy of fulfilling a long-standing dream. We thank for their egg donor stories and truthful thoughts.

We thank all the egg donors who helped other women to become mothers and experience the joy of fulfilling a long-standing dream. If you want to become an egg donor or find a perfect one for your IVF program – let us know, and we will do all possible to help you achieve the goal! 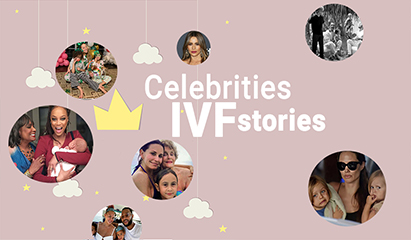 Every person’s dream is to create a full-fledged happy family. Despite this, people often face fertility issues. In this case, only mutual efforts and a strong desire to make their dreams come true help them overcome difficulties. Today we will share the inspiring stories of celebrities IVF. We hope this article will help you get 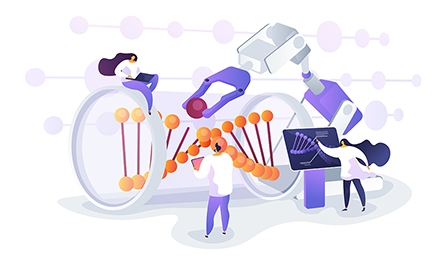 PGS testing (preimplantation genetic screening) is a type of congenital abnormalities detection in embryos before their transfer to the uterus. It consists of analyzing a set of chromosomes to detect anomalies that cause genetic diseases (Patau’s, Down’s syndrome, etc.) PGS reduces the likelihood of transferring an embryo that has chromosomal abnormalities into the uterus. It 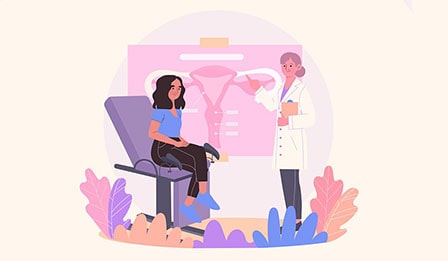 A low/diminished ovarian reserve means that a woman’s ovaries have few eggs that can reach maturity and fertilize. Each woman is born with a certain individual number of oocytes; this is the ovarian reserve. With each ovulation, there is a gradual reduction of this reserve. Still, in addition to the physiological one, there is also

Carry a miracle,
get a free consultancy
from our fertility experts.

5% OFF IVF services
Get Now