The hostile uterus is a term defining female hormonal imbalance state. It usually goes with the cervical mucus hostility state, which creates an inhospitable environment for sperm and lowers the pregnancy chances. 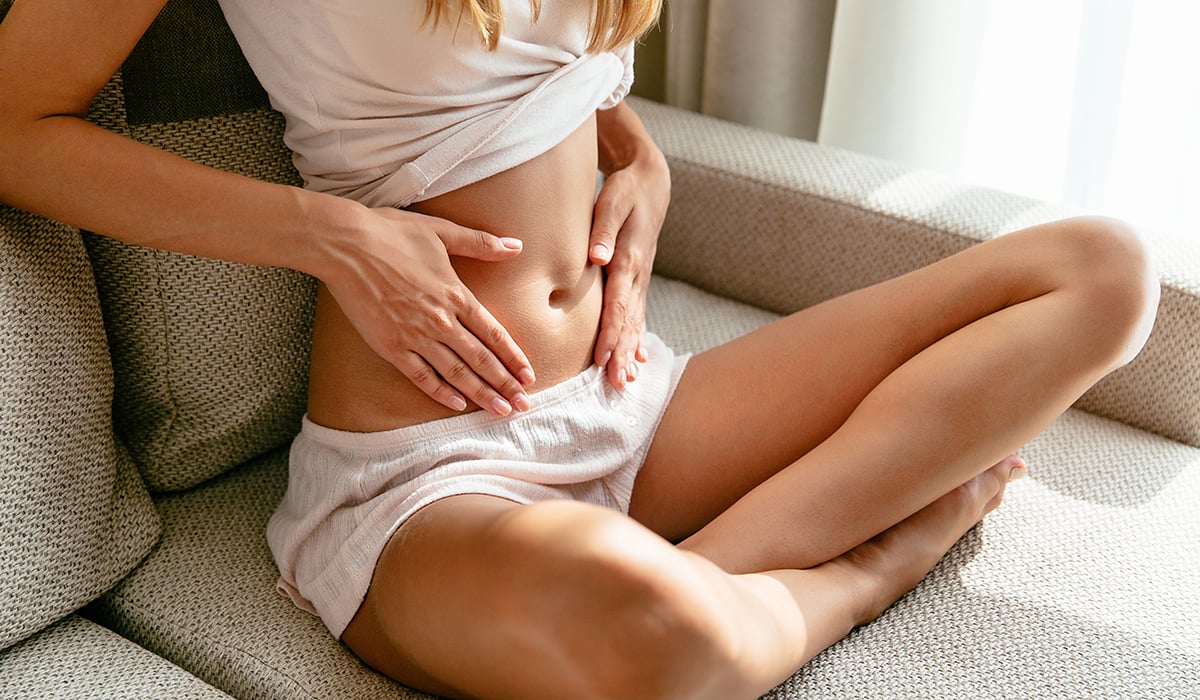 Hostile uterus is one of the most widespread female fertility issues. That’s why, in this article, we will explain what hostile uterus is, why it occurs, how it influences fertility and pregnancy, and what to do if you have this diagnosis.

Considering its relation to the issue of hostile cervical mucus, we will start with a brief explanation of what cervical mucus is and what role it plays in the fertilization process.

Hostile Cervical Mucus – Is It a Sperm Killer?

As far as sperm gets inside a woman’s body, it has to do a hard and long way before it meets and fertilizes an egg. It has to pass the cervical canal, uterine cavity, and fallopian tubes. At each of the steps, women’s organism kills most of the spermatozoa to let the strongest and healthiest fertilize the egg. This is a norm and an essential mechanism of natural selection. Therefore, the way cervical mucus and sperm interact defines the success of natural fertilization.

But, what happens when a woman’s cervical mucus changes and becomes more hostile due to the hormonal imbalance or other factors? It can also stop preventing the sperm from acid environment of the vagina which can actually kill all the spermatozoa before they get to the fallopian tubes.

Unfortunately, thousands of couples cannot conceive a child due to the low sperm motility (male factor), hostile uterus (female factor), or even both factors, which is a real combo. 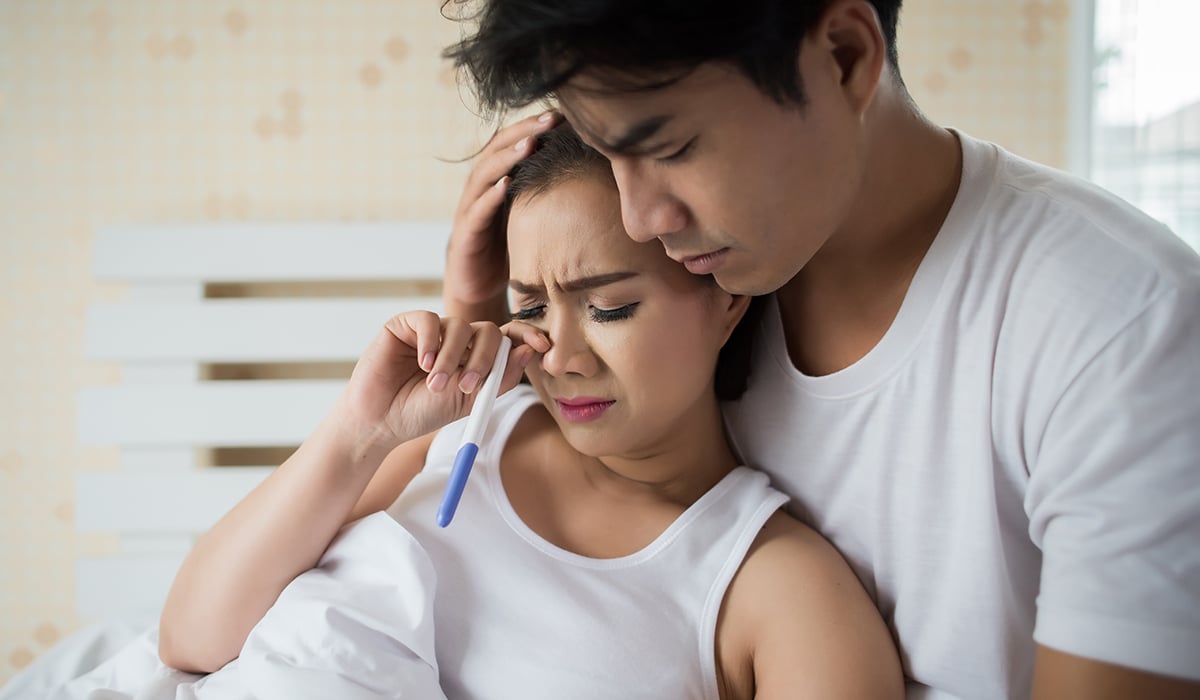 Luckily, with the development of modern technologies, there are both hormonal treatments and alternative fertilization ways. But before we go any further, let’s discover the causes of the hostile cervical mucus issue as well as its symptoms.

Secretion of mucus by the cervix is ​​a natural process that occurs in the monthly cycle of every woman. Healthy mucus protects sperm from the hostile acid environment of the vagina. Thin mucus allows the semen to survive in the vagina for several days and increases the conception chances. On unfavorable for conception days, it becomes denser and effectively blocks the movement of sperm through the fallopian tubes.

During one period, the cervix produces up to 4 types of mucus.

How Does the Mucus Collaborate with the Sperm?

Getting into the vagina, the sperm goes up the cervical canal and fill small niches located on its inner walls. That is their place to have some rest, and get nutrients from the mucus, which helps them set off again towards the uterine cavity.

From the uterus, they get to the fallopian tubes where they meet an egg. Spermatozoids are like drivers traveling a long journey, who come to the roadside cafe to eat and drink and then go on. If spermatozoa have appropriate conditions for nourishment and rest, they can wait up to 5 days for the egg to leave the ovary. Recently, scientific journals have published the reports that the life of individual spermatozoa can increase up to 7 days thanks to the mucus. 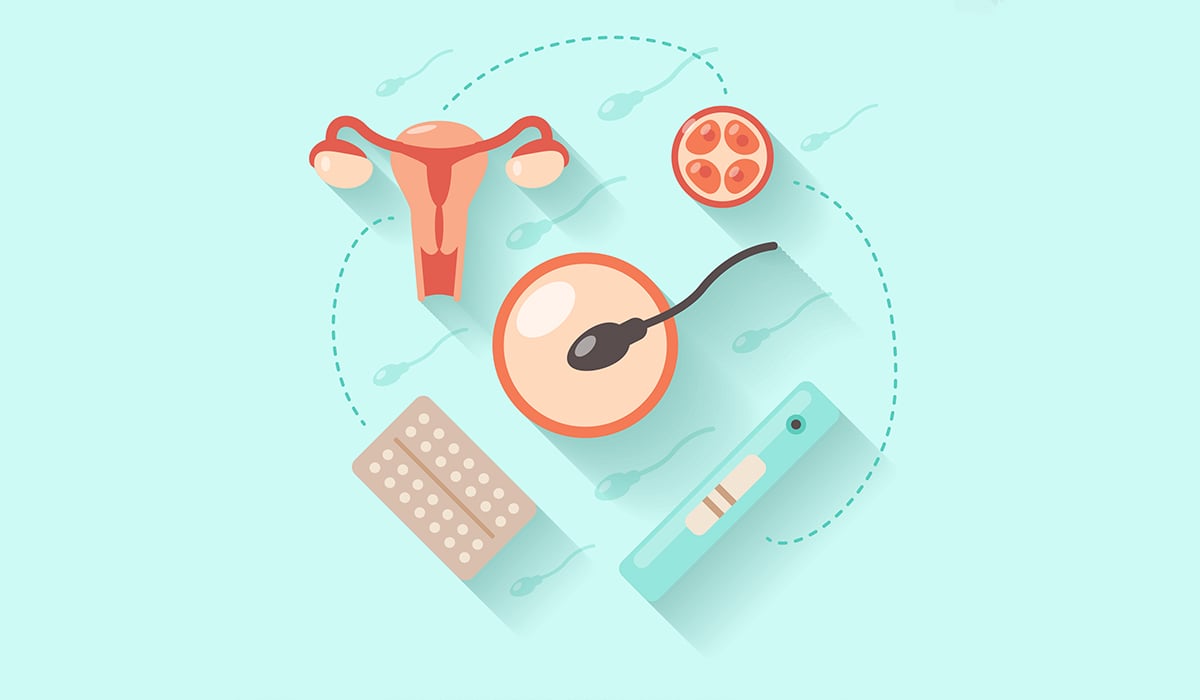 A woman can get pregnant only during those 24 hours when an egg cell appears. Thus, the couple’s fertility is determined by the longevity of sperm, imposed at the period of egg life. This means that the longer the sperm survives in the uterus, the more chances a couple has.  That’s why hostile uterus as a factor sharply lowers the conception chances.

Why Does Hostile Mucus Appear in a Woman’s Body?

The reasons are still not clearly defined by doctors. There are hypotheses that such secretion may result from an infection that any of the partners have. Thus, women’s organism produces antibodies, which help vaginal secretions to fight bacteria and destroy sperm when it tries to enter the fallopian tube at the same time.

Moreover, such factors as persistent stress, lousy nutrition, coffee, and nicotine can cause an acid reaction of the cervical mucus. Hormonal disorders can also lead to hostile mucus development.

One more reason is the use of lubricants during sexual intercourse. Mixing with natural secretions of the uterus they can change the pH of the vagina. As a result, even the healthiest sperm is unable to reach the egg and fertilize it.

Hostile cervical mucus can negatively affect fertility, suppressing the penetration of sperm or contributing to its destruction.

Normally, cervical mucus changes from thick and impermeable to more fluid and viscous due to an increase in estradiol levels during the follicular phase of the menstrual cycle. Hostile cervical mucus can:

Ignorance of biological rhythms leads to the fact that many married couples do not know how to choose the optimal time for conceiving a child. Some of them have sexual intercourse at an inappropriate time, for example, in those days when there is not enough mucus, and therefore, conception is impossible.

You can easily test it at any day of the month by inserting a clean finger deep in the vagina and swiping it over the cervix. Here is the formula you should remember:

Usually, dryness appears twice a month. The first time it happens after the end of menstruation and does not last long. The second time it lasts 3-4 days after the ovulation until the end of the cycle, i.e., before the start of the new menstruation. If you feel that the cervix is dry more than that, that can be the symptom of the hostile uterus, which means that you necessarily need to consult a doctor. 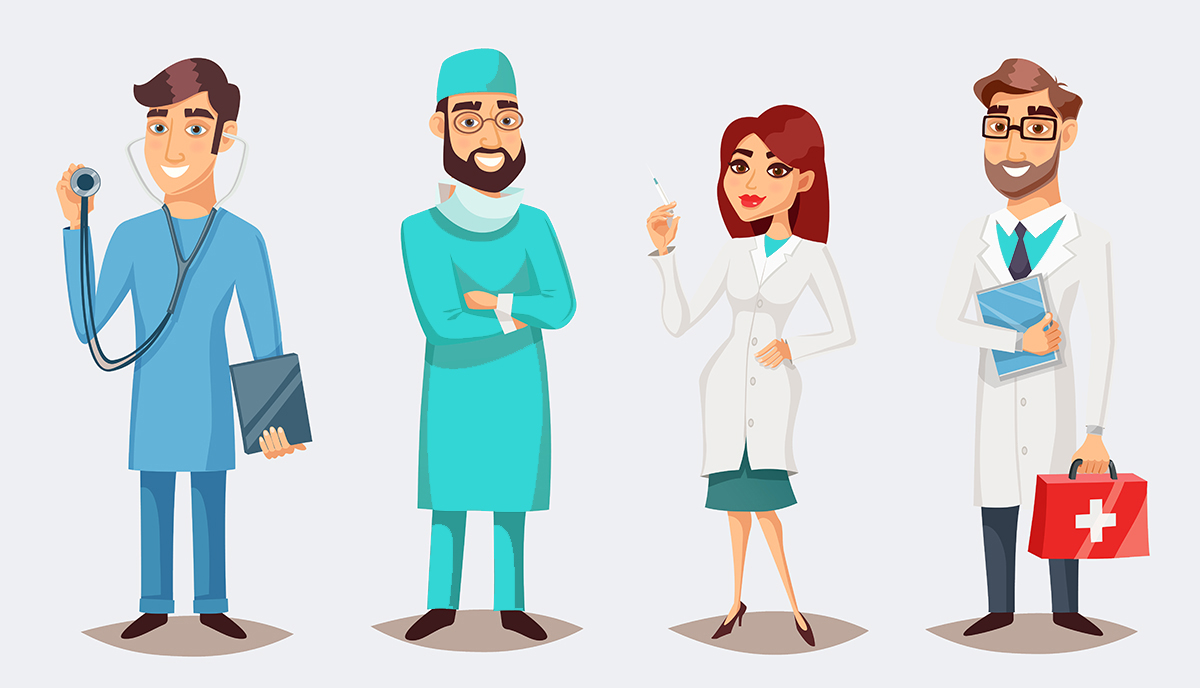 If a couple cannot conceive a child during an extended period, they should consult an expert, check their health, and pass the necessary tests.

The hostile uterus can be diagnosed only via medical examination. First of all, laboratories make special tests to detect cervicitis or cervical stenosis.

Moreover, doctors can suggest couples make postcoital testing to determine if the sperm stays viable after the sexual intercourse and contact with the mucus. Doctors inspect the behavior of sperm in the cervical mucus and assess its quantity and quality (stretching and color). A negative result of such a study may explain why fertilization does not occur.

Two of the most effective treatment technologies are intrauterine insemination (IUI) or in vitro fertilization (IVF).

Intrauterine Insemination (IUI) helps in most of the cases. During the procedure, doctors place the sperm right to the uterus. Therefore, the mucus doesn`t play such an important role. Spermatozoa meet the egg at the final place of destination. 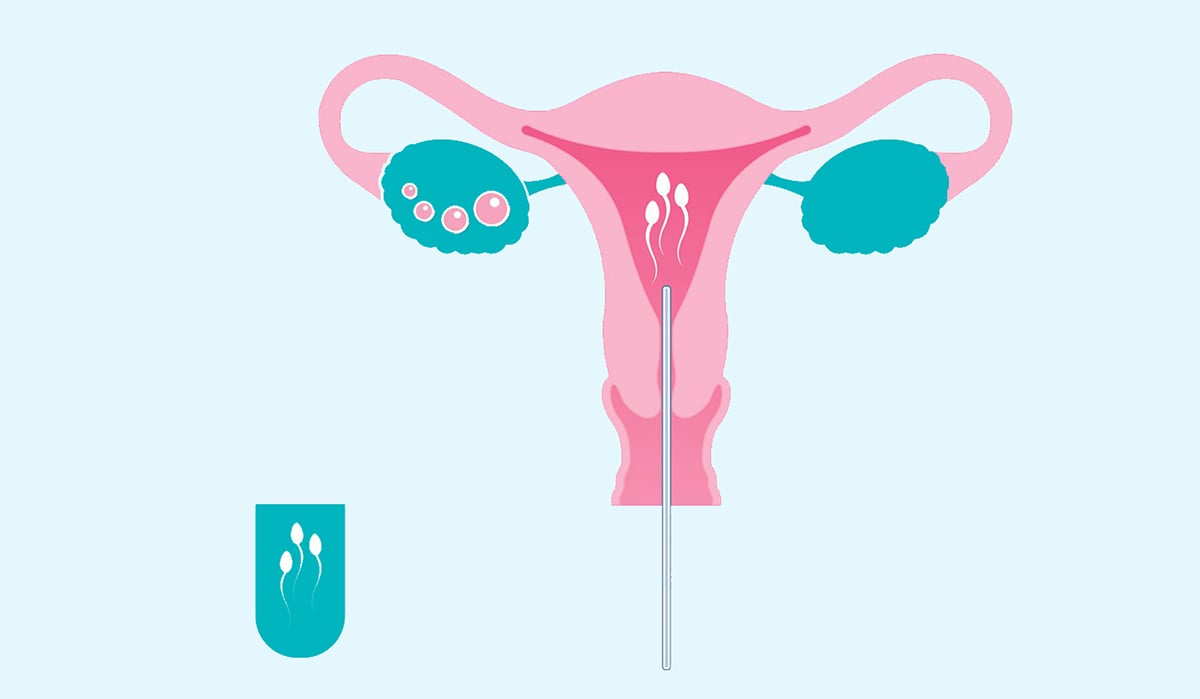 In Vitro Fertilization (IVF) is more complicated. It is used if the hostile uterus is not the only factor causing the couple’s fertility problem. E.g., in case of low sperm motility, unexplained infertility failed IUI. During the procedure, the surgeon takes mature eggs right from your ovaries, they meet sperm in the laboratory and are transferred into the uterus when one or several embryos are ready. 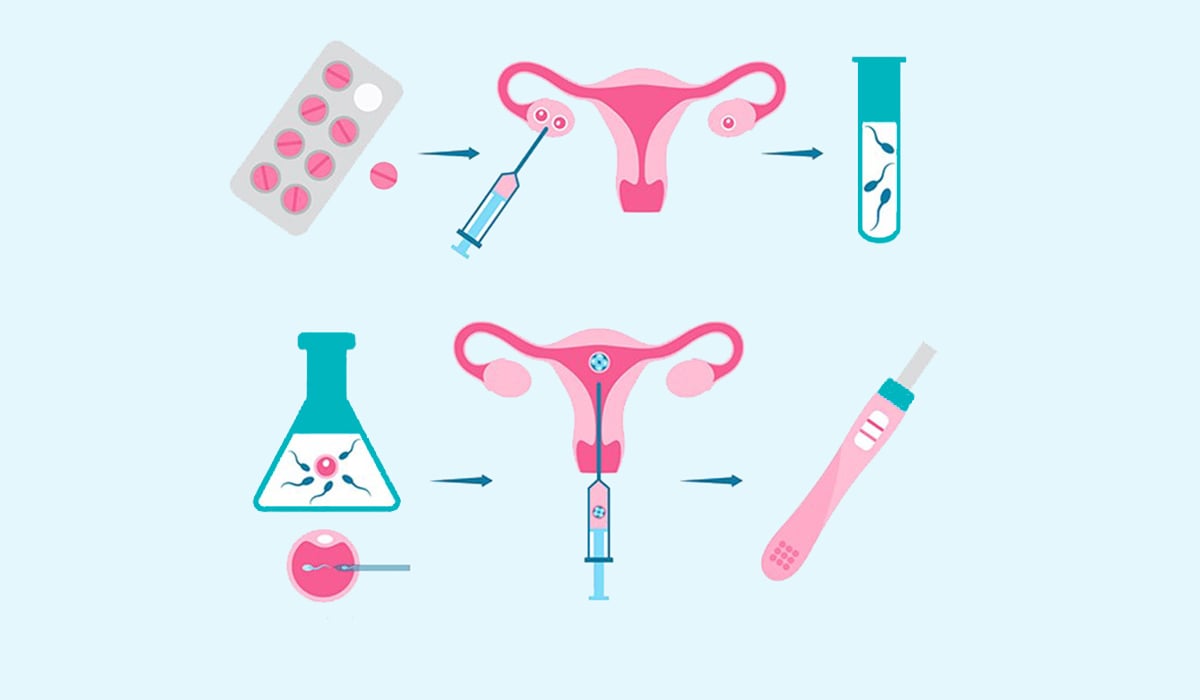 If you have any questions about the treatment techniques – our fertility experts will gladly answer your questions. Just send us a message or give a call, and we will explain how it works and what is the best treatment for you.

How to Improve the Quality of Cervical Mucus 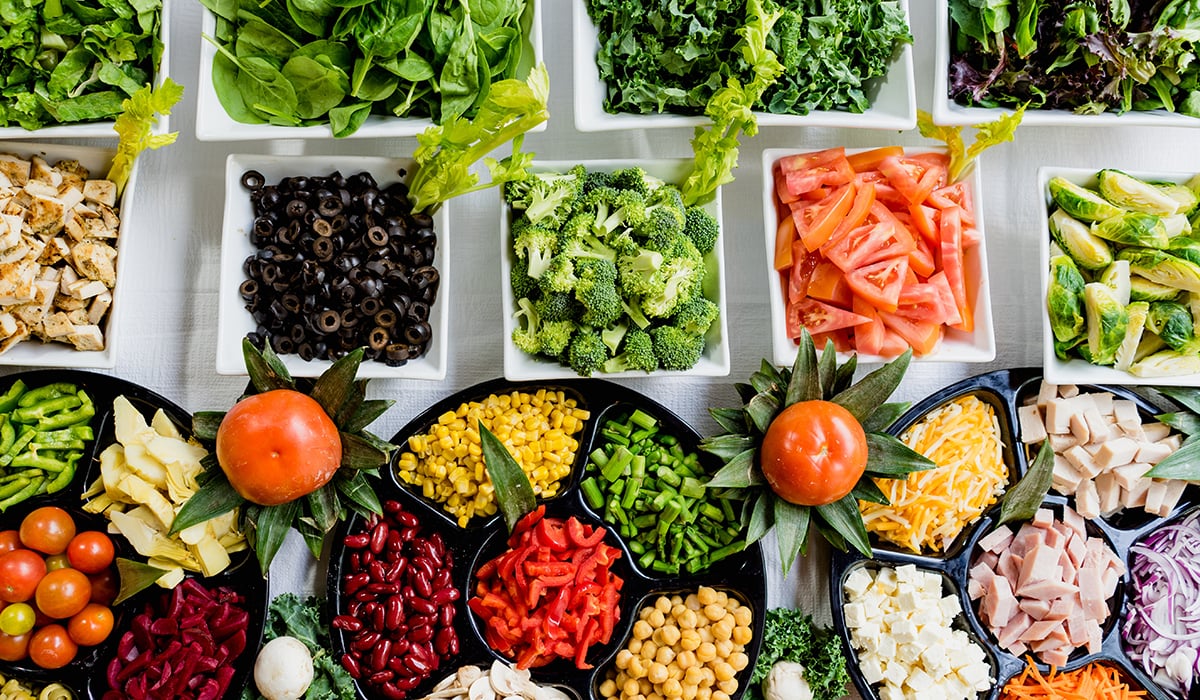 Want to have healthy mucus? Start with nutrition! A woman’s daily diet should include unsaturated fatty acids (EFA) and gamma-linolenic acids (GLA).

You can get them eating walnuts, sunflower and corn oil, beans, soybeans and, therefore, improve the quality of mucus.

Green tea is also an effective way to resist hostile uterus. Tea antioxidants prevent the formation of reproductive tract fluid (RTF) proteins, which can lead to the female reproductive system disorders in case of high-stress factors.

Another recommendation is to drink more water, which is very important for the proper functioning of the female reproductive system.

We hope that this article will help you answer all your questions related to the hostile uterus. Stay healthy,  never give up the attempts to make a baby, and keep in mind that at Sunshine Fertility Agency, you can always get the necessary support and treatment! 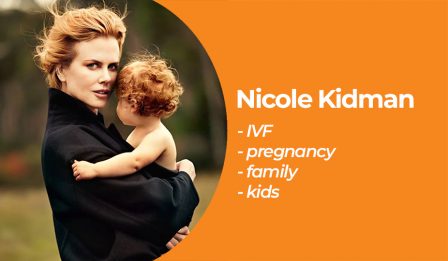